Saturday 9th July, dawned overcast, thank goodness, as 16 plotholders turned up to tackle some really heavy work around the site.
We have an exciting project west-side, along the David Lloyd boundary, where we are preparing the border to plant a conservation hedge later in the year.  The hedge will be 50% hawthorn with the remainder a mix of 5 native plants from a range including blackthorn, crab apple, dog or sweet briar rose, dogwood, guelder rose, hazel.  This type of hedging is ideal nesting habitat for small birds, with the thorns providing protection from larger birds.

We were able to create a new plot between two existing plots, incorporating a pond and shady centre with sunny areas front and back for planting.   The plot looked beyond reclaim when we arrived, with bindweed and ivy choking everything, several dead trees and layers of carpet everywhere – absolutely unrecognisable after just 3 hours, with much of the cleared vegetation starting to rot down in the newly-created compost bin.  Whoever takes this one on can count themselves lucky!

One of the plots on the east side was reported to have asbestos on it – probably the remnants of an old shed – our team set to work stripping out old carpets and a small amount of debris, so now here again we have a plot all ready to let to someone on our waiting list of 81.

The last job undertaken was to help someone whose plot has somewhat overwhelmed them:  this was a perfect example of how important it is to tackle things before they are out of control!  Despite our best efforts, the ground was just too hard to clear properly, so further work will be required.  But at least now the plotholder can see what there is to tackle.

By the time the scorching sun appeared, the tea, coffee and brownies had arrived - it was time for a short break before we got back to work again.  On the way out, some attempt was made to get the green waste bay under control:  please, if you are taking stuff to the waste bays, take it out of the barrow and put it at the back of the bay!  Don’t just dump it at the front for the mythical “someone” to tackle!

Projects to be undertaken at September’s Working Party include the next stage of the hedge planting and work on the so-called Nature Reserve on the west-side, an area designed to be a sump for the flooding in that part of the site, where we shall be digging new drainage channels and planting willow to soak up some of that water.

If you are interested in getting involved, do email Sue (sue_tickner@yahoo.co.uk) and put Saturday 10th September and 12th November in your diaries. 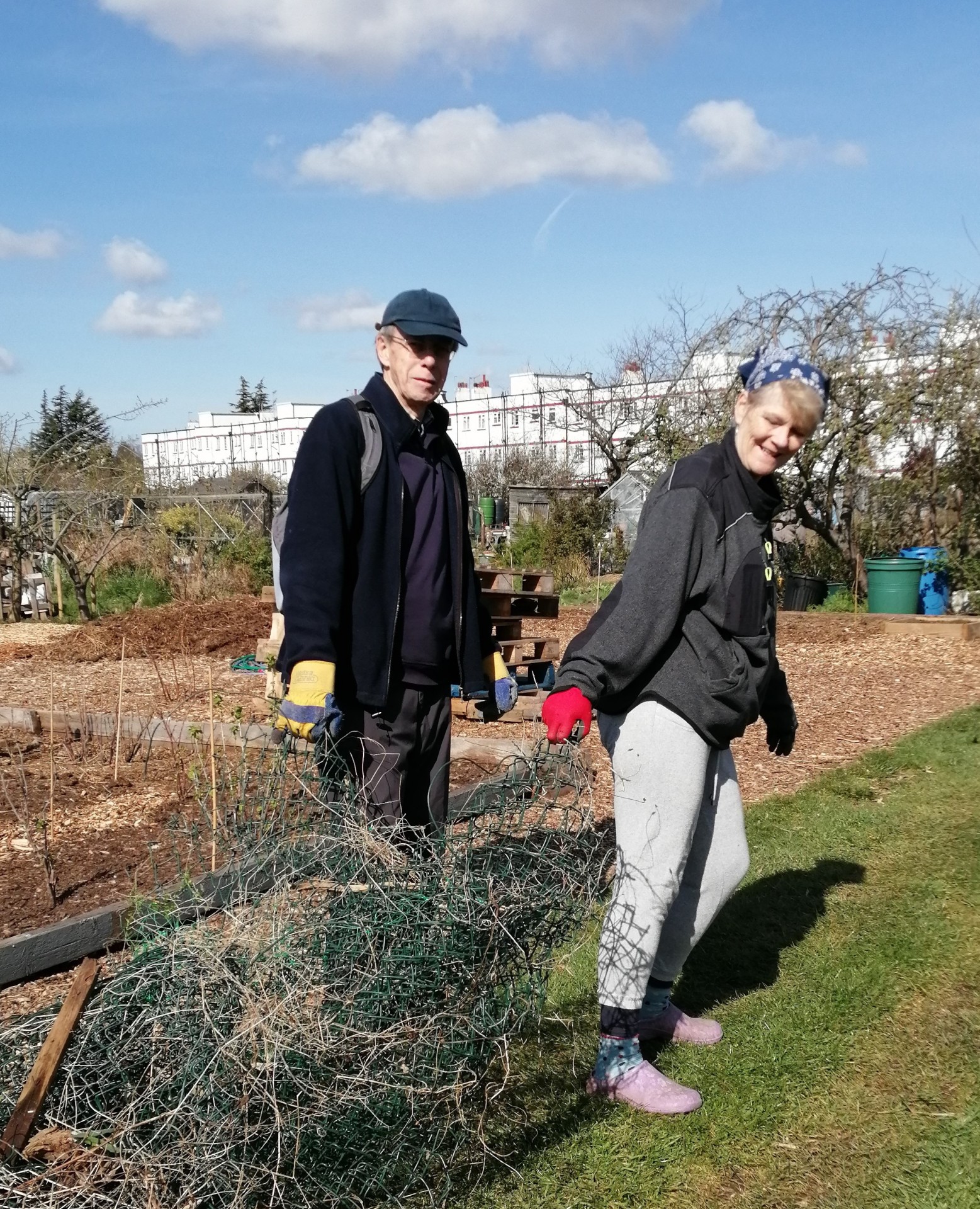 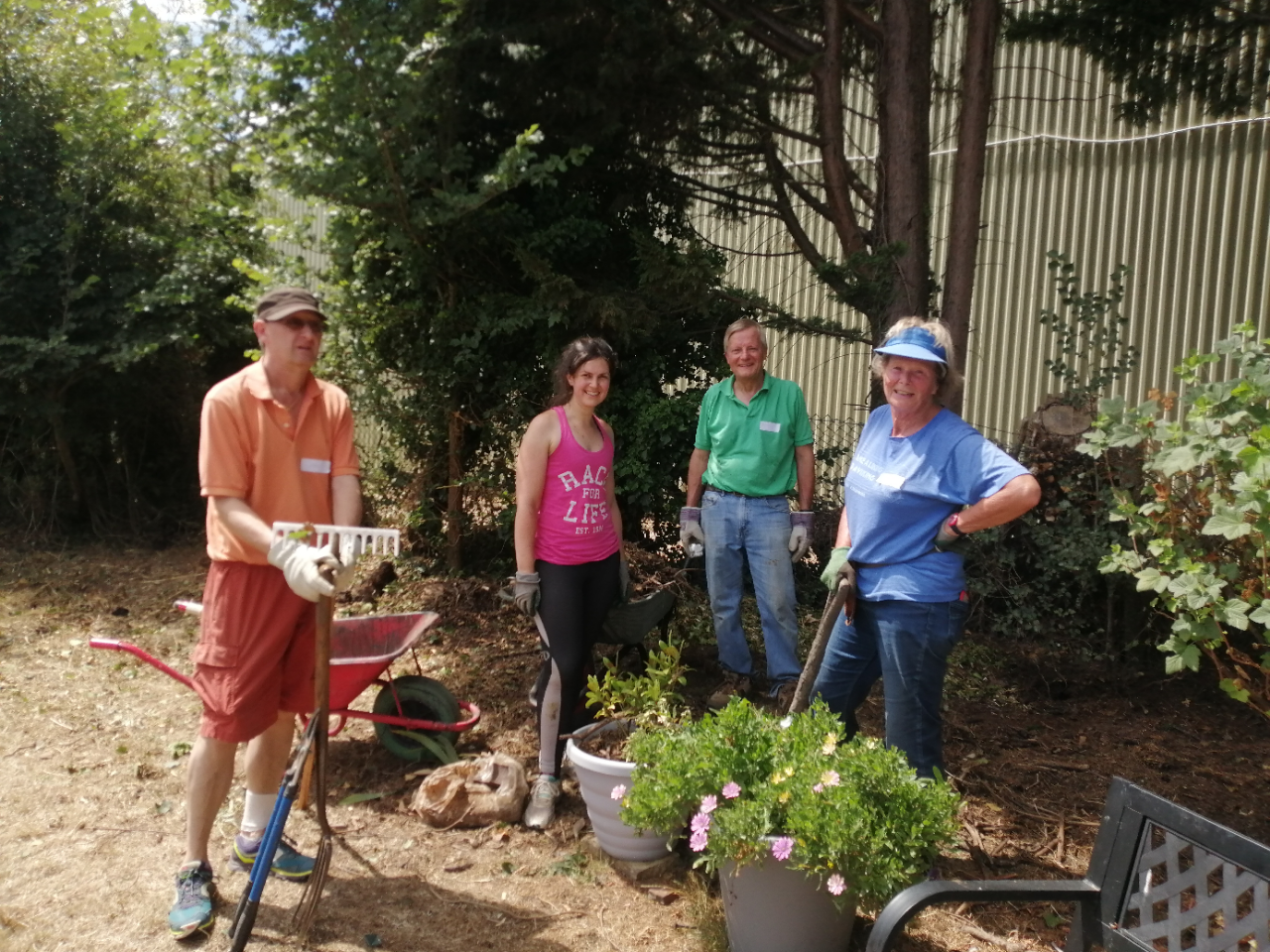 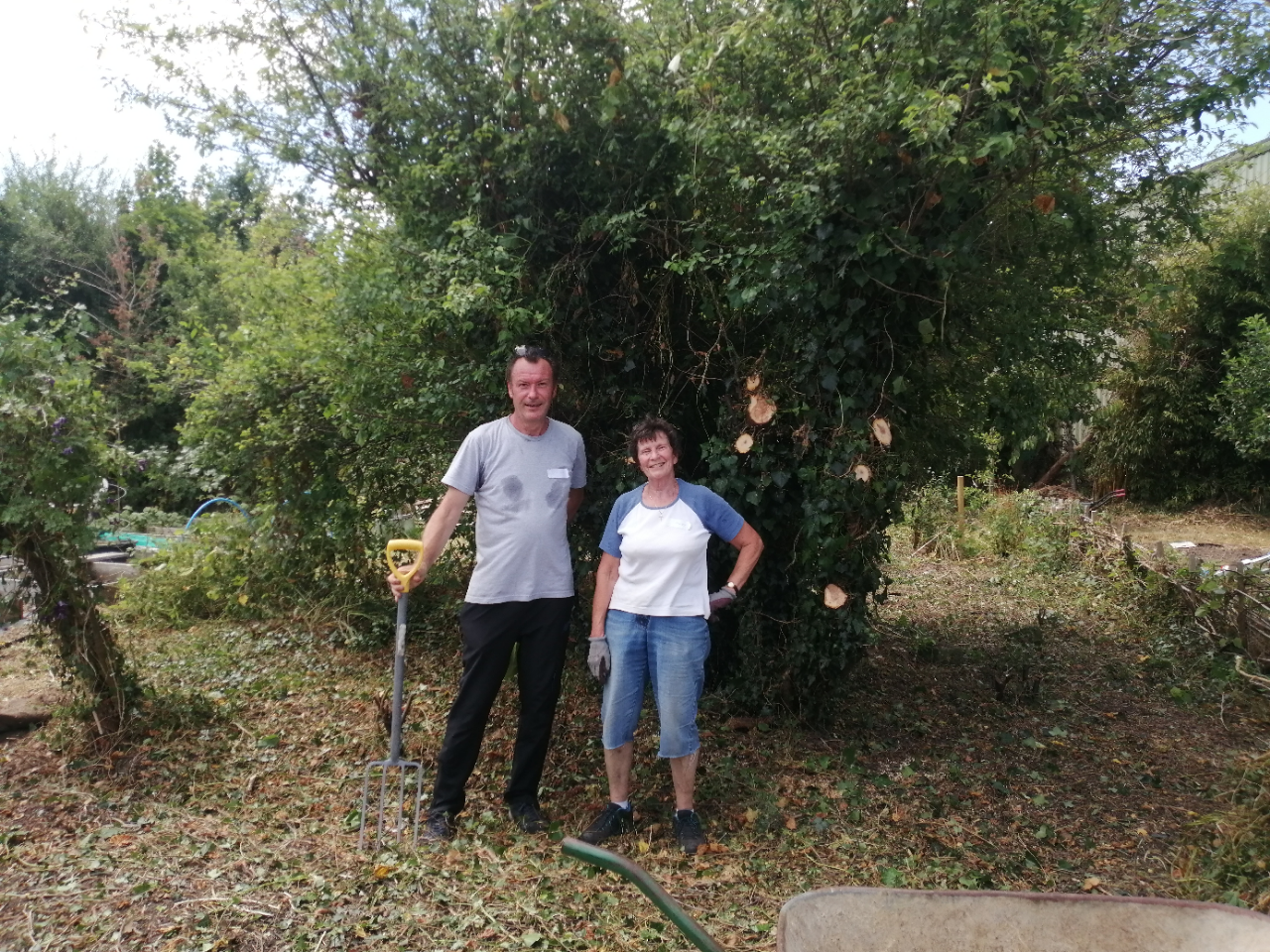 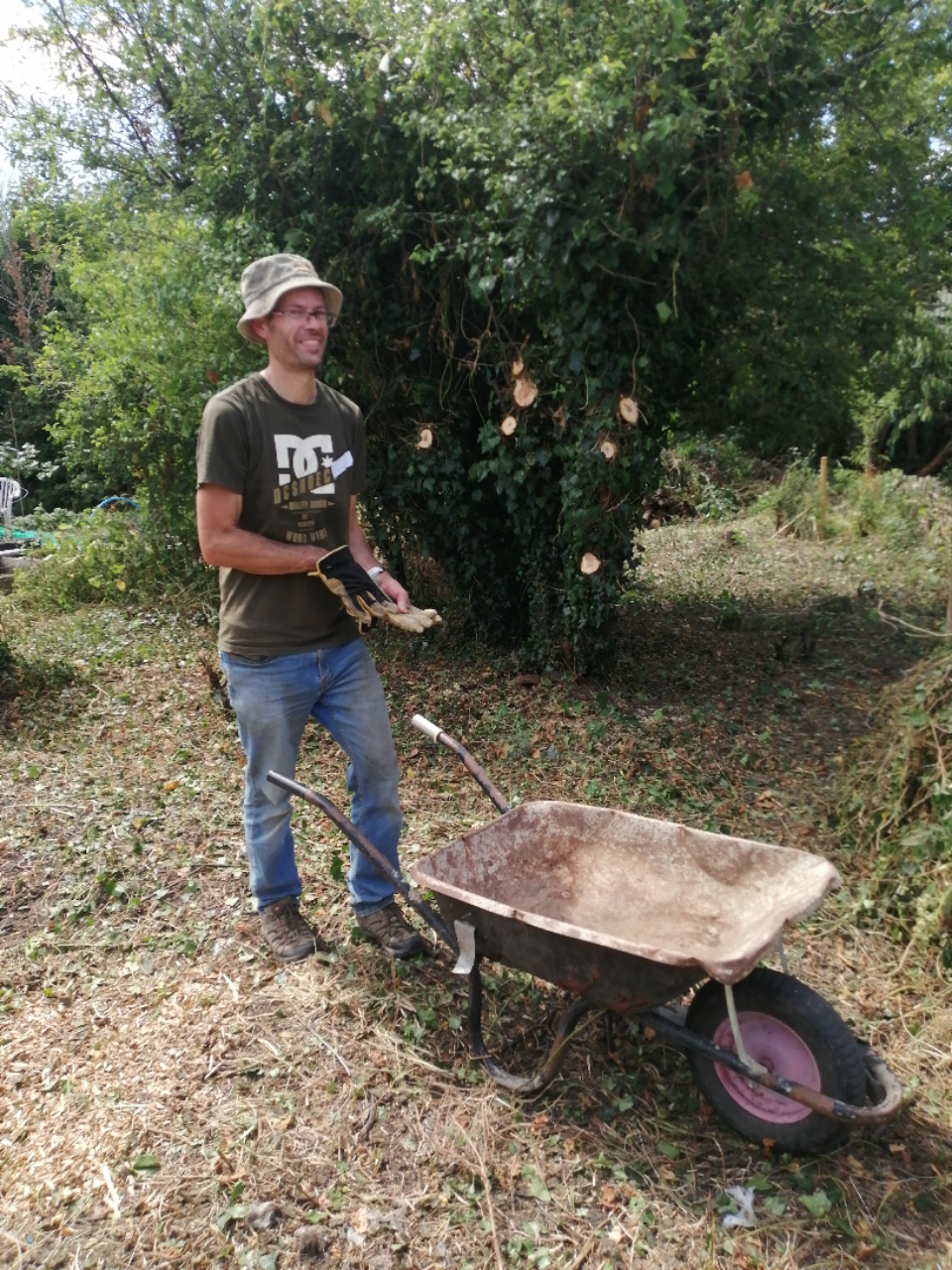